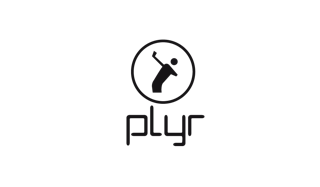 Lethbridge, AB - (May 6, 2019) - 109 young junior golfers competing in the Boston Pizza-presented Maple Leaf Junior Golf Tour faced gusty winds, freezing temperatures and snow during the MJT Alberta Season Opener presented by PLYR Golf at Paradise Canyon Golf Resort in Lethbridge on May 4 and 5, where they were vying for title in seven divisions as well as spots in the 2019 US Kids Golf Teen and World Championships held in Pinehurst, NC and the Optimist International Junior Golf Championship held in Miami, FL.

“The golf course was in great shape, the golf shop staff did an amazing job to allow us to finish 36 holes this weekend,” said Trent Matson, MJT National Operations Director. “Highlights of the event were Nolan Burzminski of Medicine Hat’s hole-in-one on number 12 on Sunday, two playoffs, and low overall titles going to Ethan Choi of Pincher Creek and Annabelle Ackroyd of Calgary – they are both part of Team Alberta’s High Performance Athlete Team for 2019.”

Ethan Choi, 17, won Low Overall and the MJT Junior Boys  Hoselton Trophy by a single stroke over 17-year-old Calgary-native Nicholas-Guy Landry. Both Choi and Landry fired under-par rounds on day two, but Choi’s 68 was good enough to come back and win. “It is an honor to win here,” said Choi after his round. “I played the MJT event because it is a great kick-start to the season. I really enjoyed battling and playing with my friends.”

In the MJT Juvenile Boys Division, Calgary-native, Tommy McKenzie, 16, needed four playoff holes to win the Hoselton Trophy over 15-year-old Canmore-native Thomas Sluka. Taking an aggressive approach in his fourth playoff hole, McKenzie’s three-wood from the trees on a daunting Par Five landed safely on the green which allowed for a two-putt birdie and the victory. “It was the best playoff I’ve ever been in,” McKenzie said. “I had hit my shot by the tree and Thomas hit it in the middle, but decided to lay up. I thought that I needed to make something happen to win so I took a three-wood and thankfully hit it on the green.”

In the MJT Bantam Boys Division, another playoff was needed to decide the winner between Jaiden Koonar, 14, and Bradin Stahl, 14. With both players sitting in a tie for third after the first day, they matched each other with rounds of 73 on day two to force the playoff. In the end, it was Koonar who secured the Hoselton Trophy. “It felt really good to win my division,” he remarked. “I played with some great players both days and it was really tough to beat [Bradin].”

Jayden Brar, 12, of Calgary claimed the MJT Peewee Boys title with rounds of 78 and 71 (149). “There wasn’t really a moment in the tournament that led to my win,” commented Brar. “I was just steady the whole time.” Tate Bruggeman, 12, of Edmonton finished second in the division after posting a 13-shot improvement between the two rounds (86, 73 - 159).

Winning Low Overall and the MJT Girls 15-18 Division was Calgary-native, Annabelle Ackroyd, who defended her title again at Paradise Canyon with scores of 76 and 71 (147) to win by three shots over 15-year-old Edmonton-native Jenna Bruggeman (79, 71 - 150). Ackroyd, 17, said, “It feels great to win with this field and this early in the season. It’s nice to know that the work I did in the winter paid off.”

Georgia Barr, 14, of Calgary, won the MJT Girls U15 title over Brooks Frerichs, also of Calgary. Struggling with the conditions of the first day, Barr stormed back with a six-shot improvement on the second day to claim the Hoselton Trophy in her division. “My favorite part of the tournament was getting to see my friends and being able to hit off of grass,” commented Barr. For her and many other players, this tournament was their first opportunity to test their games on grass as weather conditions have forced practice inside or on matts so far.

The MJT Collegiate Division win went to local player Jonas Nelson who fired consistent rounds of 77 and 77 (154). “It was nice to get back out there,” commented Nelson after the tournament. “I’m looking forward to the rest of golf season.” Finishing runner-up in the division was Michael Dumont with back-to-back scores of 82 (164).

For PLYR Long Drive, PLYR Closest-to-the-Pin and the MJT Booster Juice Comeback Award winners, please visit the highlights page for the tournament here. Winners of the international exemptions will be announced once qualifying has completed across the country.

The next Maple Leaf Junior Golf Tour stop in Alberta is the MJT Humber College PGM Classic Presented by TaylorMade at Fairmont Banff Springs Golf Club in Banff on May 19 and 20. For more information or to register, please visit www.maplejt.com or call 1-877-859-4653.

About PLYR: Launched in 2015, PLYR Golf is a new and fun apparel and accessories brand. While they tend to target the trends of the younger demographic, PLYR is a lifestyle golf brand made for everyone. To keep up with the new products PLYR offers, please visit www.PLYRgolf.com.

About the MJT: The non-profit Maple Leaf Junior Golf Tour presented by Boston Pizza is Canada’s number one-played Junior Golf Tour as well as the only national junior tour run exclusively by PGA of Canada Professionals and the ‘Road to College Golf’ in Canada. The organization is presented nationally by Boston Pizza and supported by valued Premier, Tournament and Product Partners. The MJT hosts close to 80 events across Canada, including free Ford Go Golf Junior Clinics, the MJT Mini Tour for 7-12 year olds, the Collegiate Tour for 19-23 year olds, and multi-day events for competitive players aged 11 to 18 which are also qualifiers for international competitions. The program offers annual awards, scholarships, and frequent player incentives to help reward player's performance and participation throughout each season. MJT alumni include many Professional Tour players and PGA of Canada Professionals, as well as Canadian Amateur, National and Provincial Junior Champions. The MJT aims to develop champions, in golf and in life, promoting the game from grassroots through to provincial, national, university and professional level. See www.maplejt.com.